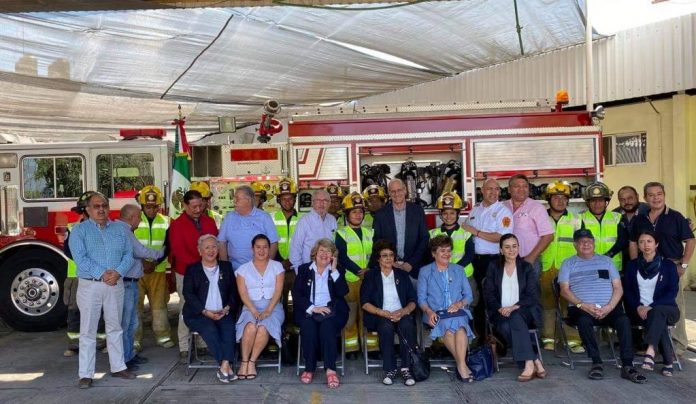 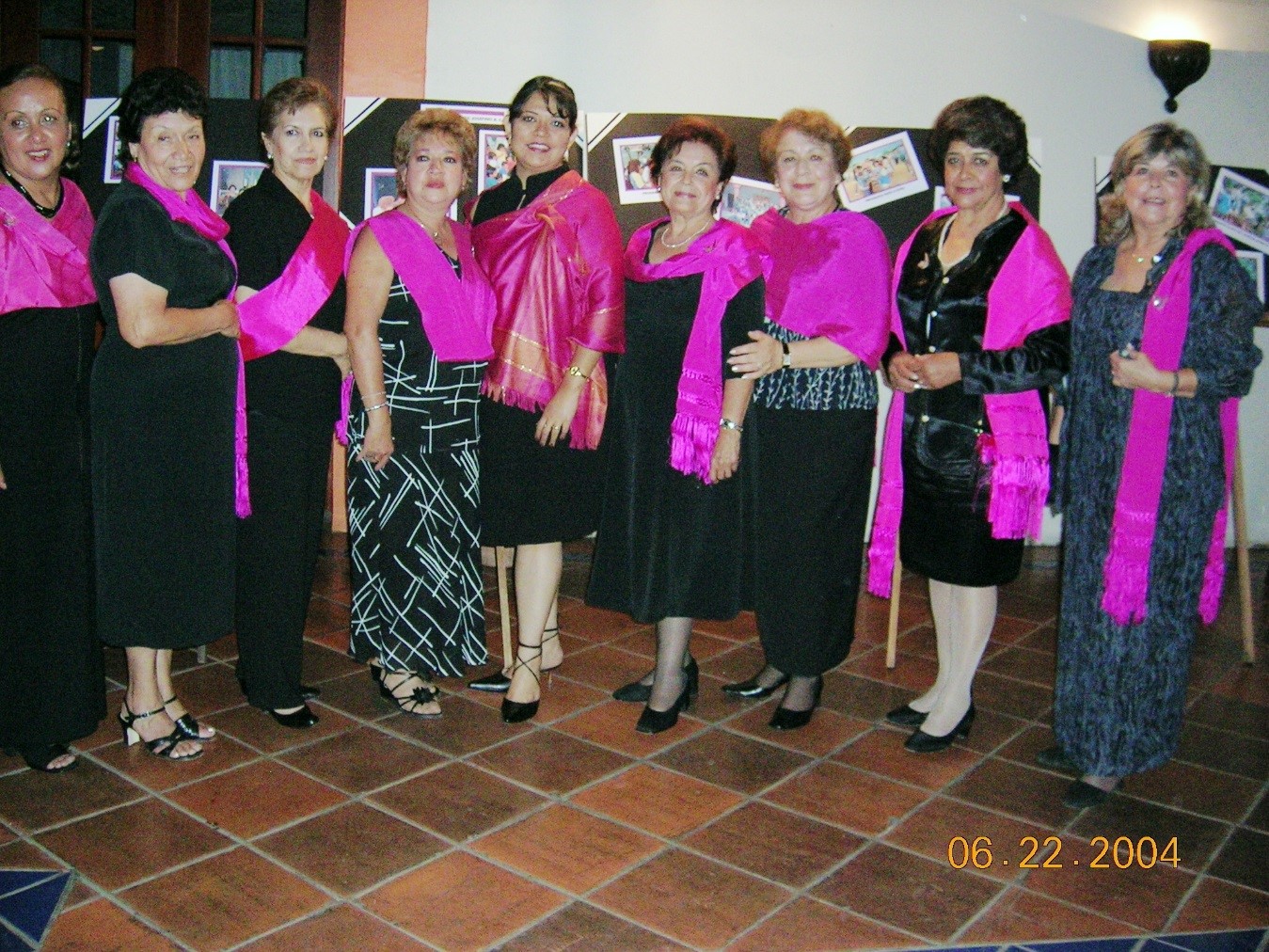 Since 1964, Oaxaca and Palo Alto have been Sister Cities and although 56 years seems like a long time, we are still friends and remain friends for the next fifty years and more.

The people of Palo Alto were interested in contacting a city they had an affinity for and in 1964 relations were formalized with Oaxaca, Mexico, as a Sister City. In that year the Municipal President of Oaxaca was Dr. Horacio Tenorio Sandoval and the Mayor of Palo Alto was Mr. Deán R. Cresap, who wrote to Dr. Tenorio a proposal in which he stated “we believe that Oaxaca and Palo Alto have much in common: almost the same size and population (in 1964); both cities have rich Hispanic-Mexican traditions; both have universities; also the climate, topography and population are similar, these are reasons to establish programs and projects that strengthen the friendship between our two communities "

Once the invitation was accepted, the first exchange of high school students took place in 1965, although during these years there were also reciprocal visits from doctors, lawyers, architects, teachers, artists, musicians, medical students, firefighters and all kinds of people who helped forge a new friendship.

Although this story began in 1964, it was until May 24, 1986 when the first committee of this sisterhood was formally integrated before the notary public Jesús Martínez Vigil.

Among the social causes that we have joined, Dr. Mario Pérez Ramírez and his wife Doña Martha Zamora B de Pérez, Dr. Arturo Molina Sosa and his wife Doña Rosalina Gutiérrez de Molina, Dr. Pedro Díaz, the Architect Rafael E. Ballesteros Vizcarra and his wife Doña Emma Reyes de Ballesteros, Don Gerardo Ruiz Silva and his wife María Cristina Martínez de Ruiz, as recorded in the minutes, met in order to establish a Civil Association under the name of COMITÉ DE CIUADES HERMANAS, OAXACA-PALO AL A.C (Oaxaca-Palo Alto Sister Cities Committee). We have also worked on community programs that seek to have a positive impact on issues such as poverty, inequality and access to education, because we know that these issues affects us all advancement requires participation from different sectors, is not only the task of the authorities, citizens and their different organizations must assume this commitment as well; as a result:

7.- RETO Program (Directed to women that had breast cancer surgery)

are testimony to what coordination between communities can do.

Albergue Josefino, has already 25 years since it was founded by the altruistic ladies of the community, and they managed to recruit nuns of the congregation "San José de la Montaña" to take care of the children 24 hours a day. Albergue Josefino is now a shelter for girls and boys, children of single parents who have no way to support them and or orphans, they receive food, care, affection and protection. They currently have close to 55 children, it is a very tough job because we have to provide food and school for everyone.

“Lives and Dreams Linked to Help” is the continuation of the Child to Child program, founded by Rosita Molina and a group of members of Neighbors Abroad of Palo Alto, This association has been led by Paty Molina including all programs and methodology from child to child, Lives and Dreams Linked to Help is based on these principles, will work with the community and specialists, social programs to improve life in their communities. They work in many communities: “San miguel Peras”, “Pensamiento Liberal Mexicano”,  “La Brujeria” , “San Nicolás Yaxe”, “San Mateo Piñas”, positively impacting all these communities

Calpulli Library, “Center of Support for Education and Creativity Capulli.

A reliable base organization that provides quality educational, nutritional, health and cultural services through comprehensive support to improve the standard of living of girls, boys and adolescents, as well as to influence the improvement of their families and their communities environments through the creation of regulations and advocacy on public policy in favor of the rights of girls, boys and adolescents. 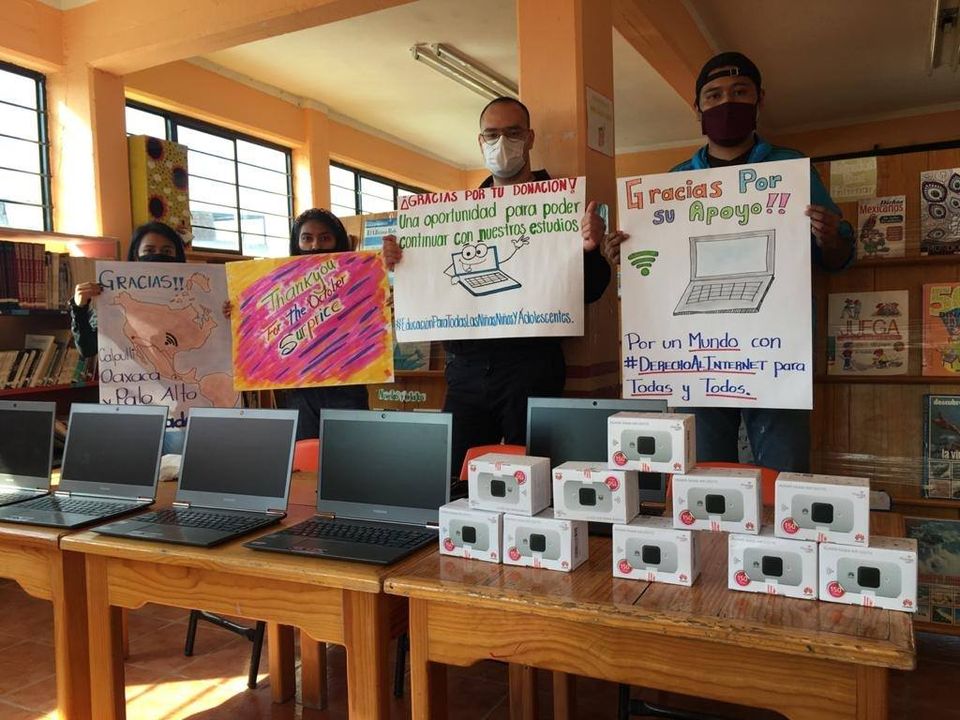 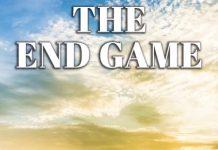