When Dick Rothschild, at age ninety-five, submitted his debut novel, THE END GAME to five small publishers he was mentally girding himself for five rejections.  So, he was overjoyed when it was accepted by two of them.

Launched by Ravenswood Publishing earlier this year, THE END GAME has been available since then in paperback and as an e-book or audiobook from Amazon (amazon.com/books) It is now in stock in paperback here in Oaxaca at Amate Books, at Calle Alcala 307.

Author, Dick Rothschild, columnist for the Oaxaca Times for over a decade is known for  his articles about this region’s lesser known places to visit such as the Atzompa Archeological Site, the Ranch in El Magote and Ocotlán de Morales, as well as for reviews of local restaurants.

THE END GAME is the bitter-sweet love story of two estranged teen-aged lovers who find one another again after fifty years and try to rekindle their romance. His novella a has been described “as a riveting tale of passion, love, challenge and courage.”  It may especially appeal to mature readers who will identify with its main characters, Bob Rosenbaum and Coco Cipriani, on their exceptional late-in-life journey.

Dick Rothschild’s own life experiences have provided him with the insights needed to create THE END GAME. He served as Commandant of a war criminal stockade in the South Pacific in World War II, and as staff officer in the Korean War. in civilian life as a salesman, sales and marketing manager and entrepreneur.

Though life’s circumstances lead him into other endeavors, he retained an early love of writing. 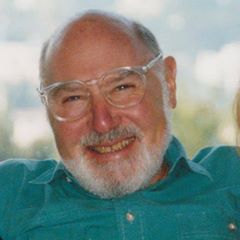